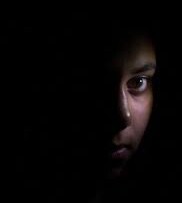 What’s the first thing that comes to mind when you hear the phrase “coming out of the closet”?

If you’re like most people, my guess would be that you’re thinking that someone has decided to tell the world that they are gay. I must confess that that would probably have been my first thought as well.

Over the past year or so, I’ve started to think of the phrase more along the lines of anything that a person is hiding about themselves. For example, I have always been a bird watcher. I especially love watching songbirds come to the feeder. I’ve experienced that goldfinches like to feed in bunches but away from other birds, whereas chickadees will feed with any other birds. I know which birds like sunflower seed and which like niger seed. I know how best to put out seed to attract only the songbirds, and how that changes after other birds have migrated for the winter. I could go on and on about what I’ve learned and how much I have enjoyed this pastime. But for a long time I wouldn’t share that fact about myself because it seemed like “bird watching was for the old folks”. I was in the birdwatcher’s closet. I didn’t want to share that story because of a fear that people would think differently of me, that I was old, or that I was weird for some reason. I created these ideas in my head, and therefore they were true. I needed to stay in the closet where it was safe.

Then one day I couldn’t stand it any more. I had to share my excitement when I had indigo buntings come to one of my bird feeders. I immediately called my father-in-law to brag about my new sighting. I told friends when they came over; I even had the page bookmarked in my bird book to help describe what I had seen. The funny thing was … a lot of them were interested … and they weren’t old. I have even had people call me to help identify a bird that they have seen. That was it; I was no longer a closet bird watcher. I was out, and there was no turning back.

I was recently at an event where a colleague announced out of the blue that she “was intuitive”. She went on to explain that she was clairvoyant, clairaudient, clairsentient, and claircognizant, and that she was developing a business around these skills. She even joked that she was coming out of her closet. If you had used any of these “clair” words around me a year or so ago, or if you had used the word “psychic”, I would have thought of gypsies sitting behind a crystal ball performing parlor tricks, I would have smiled politely and found a way to change the topic. But the funny thing is that over the past year I have met many people with these types of intuitive gifts. I don’t think I’m alone in that thinking. It seems to me that even up to a couple of years ago, this type of discussion would have been hidden or would have fallen on deaf ears. But now it seems like many people that I talk to have an intuitive friend, or have some intuitive abilities themselves. Many people were in their “intuitive closet”, but many of them have also decided that it’s dark in that closet and it’s time for them to come out.

Another phrase that I am hearing a lot lately is “journey”. People are questioning their existence, asking questions like “Who are we?” and “Why are we here?” Many are on a journey of self-discovery, others are on a spiritual journey or discovering their spiritual path, and still others are on a journey to the path of enlightenment. My belief is that these are all essentially the same thing but people find the phrase that they are most comfortable using. Some just can’t get around using the word “spiritual” in the description, so one of the other phrases appeals to them more. This is also something that I don’t remember hearing much talk about a couple short years ago, but now I seem to hear groups of people talking about all the time. Some people I speak with say that they have been on this journey for fifteen years or more, but up until recently they didn’t have many people they could talk to because the topic just wasn’t mainstream. It wasn’t acceptable and it was much safer to stay inside their “spiritual closet”. But now it seems to be okay to come out of that closet.

And back to that first thought you may have had. There was a time many years ago that it was absolutely taboo to “come out of the closet” if you were gay. It just simply wasn’t accepted by the general public and people that did were often shunned and ridiculed by their peers. And while there still are instances where that occurs, it is much more acceptable in this day to admit when one is gay. I would even hazard a guess that most of us have a friend or relative that has openly admitted that they are gay.

The theme in each of these examples is that at one point or another, issues were created either in individual minds or in the minds of society as a whole as to what is “okay” to be. Whether out of fear or some sort of judgment, we create a belief system and it sticks … at least for a while. Over time, those belief systems change and we can begin to accept people (and ourselves) for their authentic selves. I think we’re going to hear more and more instances of people with intuitive abilities, and people that are on a spiritual journey. We might even hear about more and more bird watchers that “aren’t old”.

I AM a bird watcher and I AM on a spiritual journey.

Are there areas of your life that you’re “in the closet” about? Is it dark in there? Is it time to shine a light on that fear?

If you’d like to share an interesting “coming out of the closet” story, send it along to [email protected].