Embracing the Placebo Effect in Health Care: One Patient’s View

Posted by Ken on December 7, 2016 in Belief systems, Ken's Blogs 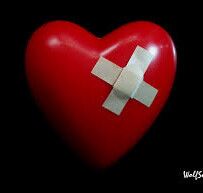 The placebo effect describes a beneficial effect, produced by a placebo drug or treatment, that cannot be attributed to the properties of the placebo itself, and must therefore be due to the patient’s belief in that treatment.

In medicine, a nocebo reaction or response refers to harmful, unpleasant, or undesirable effects a subject manifests after receiving an inert dummy drug or placebo. Nocebo responses are not chemically generated and are due only to the subject’s pessimistic belief and expectation that the inert drug will produce negative consequences.

In these cases, there is no “real” drug involved, but the actual negative consequences of the administration of the inert drug, which may be physiological, behavioural, emotional, and/or cognitive, are nonetheless real.

How is this used in health care?

In order for a pharmaceutical drug to be accepted into the market, it must go through a 4-stage series of randomized control trials, and the results of the testing must show that the drug is more effective than placebo for the condition it is being tested to treat. Any adverse side effects that show up during the trials must be documented and printed on the package insert. Each approved drug has been shown to work better than placebo and may trigger side effects. This approach is scientific in nature.

Without over simplifying, there are many types and a broad range of treatments that fall into this category, including lifestyle approaches (diet, exercise, sleep, meditation, supplements, etc.), and many other services provided by CAM (aka integrative, functional medicine, etc.) practitioners such as chiropractic, osteopathic, acupuncture, naturopathy, etc. These approaches are sometimes governed by randomized control trials and do not often come with a package insert listing potential side effects.

Randomized control trials have been documented for many of these approaches; but based on my research, the ability to perform randomized control trials on these types of treatments has been difficult as it is hard to show if they work better than placebo or if they work “about the same”. Practitioners state that these treatments are based on scientific approaches, dissenting views suggest that these treatments are “placebo – inducing” and are “based on anecdotal evidence, not science”.

When many of these treatments are being tested, the trial will include a concept of a sham treatment, essentially doing nothing for the condition being tested. Findings suggest that sham treatments will report some form of positive results, and this is attributed to the placebo effect.

From my findings it seems that a debate is taking place. Science advocates support the “conventional” health care system and its EBM (evidence based medicine) and SBM (science based medicine) approaches. They suggest, often vigorously, that the successes reported outside of conventional medicine are anecdotal and not “evidence-based”.

Supporters and practitioners that practice outside “what is defined by conventional” medicine suggest that their treatments have been shown to be significantly successful in treating many conditions and that is “evidence of efficaciousness”.

As an onlooker and without trying to fuel the debate, I wonder what this would look like if our solitary goal was to improve the health of the patient. When I hear a phrase like “works no better than placebo”, my first thought is ok, it probably works in some (or many) cases. When I hear of a treatment being derided as “placebo – inducing”, I wonder why we’d criticize it. When I hear of a treatment that “works better than placebo”, then see the small print suggesting it MAY cause serious side effects, I wonder what my other options might be.

There is a problem

Through much research, it is clear that there is a problem throughout the health care system, and the “marketing” of treatments. The providers of each treatment (pharmaceutical AND non-pharmaceutical, conventional AND non-conventional) market their treatments as the “best answer” for various and specific conditions. In some cases they may be, in other cases they are not. Whoever does the best marketing gets the most business. The problem is compounded when the treatment providers try to stretch into conditions where their product really isn’t the best alternative. Whether this is a “charlatan” style practitioner or a pharmaceutical representative, or even a well-intentioned practitioner, the results end up not helping and often harming a patient.

There is a better way

There are ways to improve health care, but it’ll take some work. Efforts need to happen to ensure that the system is designed to focus on health, wellness and prevention. It is clear that placebo is not a “magic bullet” but it is also hard to deny the inherent benefits of it. Is it possible to understand placebo and NOT think it should be used before / instead of prescription drugs in many cases? While there are recognized issues regarding the methods that are ethical to use in order to invoke the placebo effect, we need to find ways to embrace approaches that induce the placebo effect and minimize approaches that induce the nocebo effect.

Healthcare is a system, health is not. There may be a debate within styles of healthcare practitioners, but there is no debate that a patient “just wants to return to or maintain his or her health”.

Let’s end the debate and start focusing on “putting the ‘care’ in health care”.

This can be a hotly debated topic, it is not my intent to fuel the debate but rather to figure out how to improve health care for each and every patient. I look forward to your comments in the section below.