Posted by Ken on September 11, 2015 in Healthy Community, Ken's Blogs 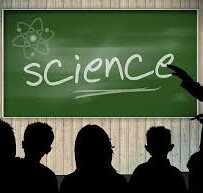 As a person with a computer science background, I have been a supporter of science of all kinds for a long time. Science has helped to explain a lot of things for us over the years. Yet I am also intrigued with the “evolution of science”. We all know of cases where science was used to “prove” what we thought to be true, yet actually turned out to be not so true after all.

Through what I refer to as the “evolution of science”, these items that were once accepted as truth have since been disproven. As many of them are so far back in history, we often laugh at the hilarity of what we once believed. But at the time that these beliefs were thought to be true, the people that questioned the beliefs were urged to be quiet, to not disrupt the status quo, and in some cases they were thought of as downright crazy.

In today’s world, we are right in the midst of many of these beliefs. And in many cases a lot of scientists are purported to agree with the theories, and the theories are thus accepted as truth. And any scientists and non-scientists alike that question these beliefs are urged to be quiet, to not disrupt the status quo, and in some cases are presented to be downright crazy.

It would be very interesting to live in the future and look back at this time and to “what we once believed”. Where might some of these topics end up as science evolves to find the truth?

It’s a very interesting time that we live in. There is a lot of debate, and a lot of lining up and taking sides. The truth is that we really don’t know where any of these things are going to end up. Science will continue to evolve. More and more testing will be done. More and more will be learned.

As time marches on, science will get us the answers …. eventually.