A Rose By Any Other Name | New BIG AUDACIOUS Dream

Posted by Ken on October 25, 2012 in Belief systems, Ken's Blogs, Love versus Fear 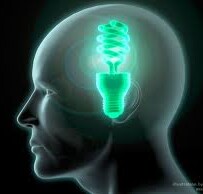 Do you ever wake up with a sudden burst of clarity? Do you ever step back and realize that you’ve been looking at something the wrong way all along?

I’ve had that this week. I have been writing about my BIG, AUDACIOUS dream for several months and I have been screaming it from the rooftops to anyone that would listen. My big, audacious dream is that we can ERADICATE DIS-ease, and that we can do it in my lifetime. What a great dream, right? Wouldn’t that be awesome? People have been patting me on the back, thanking me for sharing. Lots of people love this dream.

Well this week I have realized that, as much as the dream is filled with good intentions, it is just a wee bit off kilter. The funny thing is, I have also been writing stories, and I even created a “movement”, that flat out disagree with this dream. Confused yet? Bear with me, the point is coming.

Does this dream sound familiar? Does it sound a bit like “conquer cancer” or “beat arthritis”? Again, these are statements that are filled with good intentions, but maybe they’re also a bit off kilter.

A new and very dear friend of mine shared a story with me this week. Kids at school were working together on a cancer charity fundraiser and they decided to create t-shirts with an inspirational slogan. The slogan they originally decided upon was “Keep Calm and Fight On”. My friend asked them what they thought about using the slogan “Keep Calm and Heal On”. The kids immediately understood and went with the new slogan.

A few months ago, I had the idea of introducing Healthtember, here’s the description I used:

Healthtember is a grass roots movement that started as an idea in July of 2012. Many people have heard of Mo-vember, a campaign that runs for the month of November where men grow moustaches to raise vital funds and awareness for men’s health, specifically prostate cancer. Healthtember is similar and also very different. It is a movement that runs for the month of September, and it raises awareness of the things in our lives that are contributing to happiness and good health. Where Mo-vember brings focus to something we don’t want (cancer and dis-ease), Healthtember brings focus to something we do want (happiness and good health).

The fundamental premise of Healthtember was to move away from an “awareness of dis-ease” campaign and into an “awareness that a shift in focus to happiness and gratitude could help us return to health”. This week I received the following note from another friend:

“Personally I believe you have begun a landslide that is just beginning with a few pebbles bouncing down a rocky ledge. For every negative thought, word or deed, there is always an alternative response that can shift a person’s consciousness towards a new positivity. It doesn’t matter how small we start, and your simple idea of Healthtember has inspired Me to spread the word, One thought, One word, One deed, One person at a time.”

Wow! Thanks for that reminder, and keep up the great work. You are making a difference.

This week I picked up the book “Dying To Be Me” by Anita Moorjani. Anita tells her story of moving from a cancer diagnosis, to being very near death, to true healing. I devoured the book and I highly recommend this for anyone who has experienced dis-ease themselves, or knows of someone who has (oops, I think I just recommended this book for everyone). I won’t summarize the book but there were a couple of things that stood out for me. She mentions that there seems to be an awful lot of awareness campaigns but things don’t seem to be improving. She also talks about the concepts that life isn’t meant to be difficult, and true healing being based on acceptance of Self.

Yup, I get it. Three wake-up calls in one week makes me feel like I’ve been hit over the head with a two-by-four, I think I get the message. While “Eradicate dis-ease” may have sounded like a well intended dream, I was actually caught in that same trap. “Eradicate” sounds a lot like a “fight”, and even using the word “dis-ease” in the dream brings attention to something that I don’t want, and neither does anyone else. So it’s time for a dream tweak. How about this?

“I dream of a world where everyone loves and accepts themselves as perfect, even with their own imperfections”.

Hhhhmmm, seemed so much easier to remember when it was only two words. I think I’ll resonate on it for a while and see where it ends up, but at least I’m not fighting any more.

I think I need to share the side effects of the success of such a big audacious dream. Please keep this between you and me as we don’t want to bring attention to something that we don’t want. I better put a warning label on this. Sssssshhhhhh!!!!

WARNING: Side effects of achieving this big audacious dream may include the eradication of dis-ease.