Home » Get Off the Sidelines » Victory Party – WE Have a Dream!

Victory Party – WE Have a Dream! 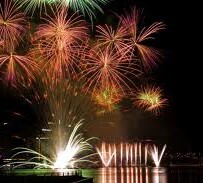 It was Martin Luther King Day in the U.S. on Monday and every time I hear his name I “hear” his famous speech in my head. I would guess that almost anyone old enough to remember him, and even younger folks that have seen part or all of the speech on video, will remember the four words from his speech. “I HAVE A DREAM.” He issued those words several times during the speech, and while we may not remember the full speech we remember the four words and his themes of freedom and an end to racism based on the premise that “All men are created equal.”

Well, guess what. “I have a dream” too. It’s a dream of hope, it’s a dream of happiness, and it too is based on the premise that we are all created equal. My dream includes many things, including many things that I wish I didn’t have to see. It includes:

It also includes a number of things that I’d like to see:

The funny thing is that I think many of us have the same dream. None of this is new stuff. I’ve read it or heard it in many places. And many people are doing something about it.

One common theme of virtually every campaign is that there is a timeframe for the campaign and it ends with some sort of wrap up event. So, let’s plan the victory party. It makes it more real. In a political campaign, a “Victory Party” signals not just the end of the campaign, but the start of fresh hope.

Oh yeah, and in many cases the outcome at the end of the campaign is no surprise. And I don’t think that the outcome at the end of this campaign will be any surprise either. So let’s make sure we all do our part, be that small or “world-changing”. And let’s start planning the World’s Biggest Victory Party. My suggestion in a recent blog was that we start now and plan the Victory Party to occur on December 21st, 2012.

What do you think?