Home » Belief systems » How BIG is your voice?

How BIG is your voice? 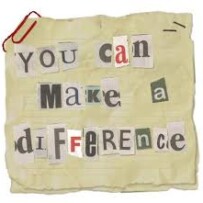 In my last blog I asked the question “Do you have a voice”? In this one I ask a related question “How BIG is your voice?”

Have you ever had a situation where you’ve heard someone say something, or maybe you read something in a book, a newspaper, a blog, or an inspirational quote, and it inspired you to take action? Even if you didn’t take action, you probably thought about it for a moment or two. Maybe what you read or heard was so meaningful to you that it changed your life, maybe only for a few days or weeks, or maybe it changed your life forever.

Kings and queens, presidents and prime ministers, mayors, company leaders, teachers and many others use their voice to inspire their commonwealth, their countries, their cities, their companies, and their students. For governing leaders, what they say and how they say it has the ability to bring entire nations together, especially in times of crisis. For company leaders, their voice sets direction for their entire company. Teachers set the groundwork for our children’s knowledge which will guide them their entire lives. Those are pretty powerful voices. Admittedly, that’s a big part of their role so you may expect them to have a powerful voice, but they are powerful voices nonetheless.

I personally don’t think that we really understand the power of our voice, be it spoken or written. I’ve written in another blog about events of synchronicity where someone might overhear a comment and know that they’ve heard the same comment several times in the past few weeks so they stop and take notice. The speaker of the comment doesn’t even know that the person overheard them, and yet the comment had an impact on that bystander. A powerful voice?

I’ve also read a story about a mother with a full-blown migraine yelling at her six-year-old daughter to stop singing because she “can’t stand it.” The daughter doesn’t know that the mother meant she couldn’t stand it at the moment and thinks her mother simply hates her singing. In her present state the mother doesn’t realize her assertion came out so strongly, and when she recovers she barely remembers her outburst. So the daughter stops singing… forever! Well, that’s a pretty powerful voice too.

“If you think you are too small to make a difference, try sleeping with a mosquito.”
― Dalai Lama XIV

My belief is that anything that has ever been accomplished started with a thought that was shared and it grew into something. Once the conversation starts and enough people believe in it, anything can happen. My understanding is that the recent uprisings in the Middle East were largely fueled and organized by ordinary citizens’ use of social media like twitter and FaceBook. Were those citizens too small to make a difference? How big was their voice?

“Never doubt that a small group of thoughtful, committed, citizens can change the world. Indeed, it is the only thing that ever has.”
― Margaret Mead

Of course you could sit back and do nothing because somebody else will probably do it anyway. You might recognize the four people in this story; your kids have probably told you stories about the same people.

What do you believe? How big is your voice? Do you think you’re too small to make a difference? Will you “be the change” you’d like to see?