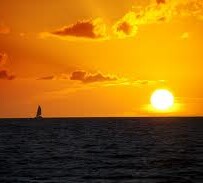 If you could rewrite your story, what would it look like?

I was working with a colleague and this two-part exercise was posed to me.

Part 1 – Identify a pattern(s) in your life or your mind that keeps you stuck, keeps you small, keeps you attracting the same outcomes. Are you ready to dismantle the excuses, justifications and stories that are keeping you stuck?

Part 2 – Write the story that you wish to release in 2500 words or less. Be as open and transparent as you can be and allow yourself to feel the emotions as they come up. End the story with what you have learned through the experience and what you wish your new story in this part of your life to look like.

Here’s mine, I hope this encourages you to consider rewriting your story.

The story that I need to release is the idea that I need to achieve a certain self-defined goal before thinking that I am good enough. Right now, the constant thinking is that I have to be at a point of perfect health before I decide the story of my healing journey is worth sharing. That thinking puts me in a state of limiting belief thinking along the lines of “I’m not good enough”. While I have been enjoying writing my blog and sharing my stories and beliefs with whoever cares to listen, there’s always a “but” attached. The “but” is that it’s not really a good enough story until I have healed myself of dis-ease. The “but” is the thinking that no-one really wants to hear a story about a guy who believes he can heal himself, and yet hasn’t been able to do so. Through exercises with other folks, I am just now beginning to realize that this is opening up old wounds of always having to be perfect or near-perfect as a kid, just now seeing that the patterns are similar.

The spiritual journey that I have been on combined with the lessons that I have learned regarding our health and healing over the past couple of years has been truly inspiring. And then another “but” starts to creep in. The “but” in this case is that it can feel very lonely. Many of the things that I have learned and used to adapt my own belief systems fall into the “not quite mainstream” category, some call the ideas “woo woo”. I love being in the woo woo space, “but” there aren’t a lot of people that are in this space, and therefore not a lot of people to talk to. That can make things feel very lonely at times. Guess what, another pattern from childhood repeating itself, a pattern of feeling alone and on my own.

This is also a space where there are a lot of beliefs, but not necessarily a lot of answers. For example and related to my situation, there are actually quite a few people that believe that our bodies can heal themselves. And many have done it. However, there is no one clearly documented, foolproof way that people can follow to heal themselves (that I know of), so delivery of the message and overall acceptance of the idea is somewhat slow to adoption. Another limiting belief starts to creep in, the fear of failure. What if I continue down this path and can’t find the answer or answers? Does that mean I’m going to look upon myself, or be looked upon by others, as a failure? A failure like when I was younger and not able to keep a lot of friends (or so I thought). Maybe I should go for another path where I can fit in with the mainstream a little easier, where my differences aren’t as noticeable. Another recurring pattern.

So what’s the truth?

The truth is that the journey I have been on, the lessons I have learned, and the messages I want to share are already worthy of sharing. I truly believe that there has to be a better way for us to deal with health care and healing, and the journey is a worthwhile journey. There are far too many success stories already for me to stop this journey. The fact that the answers aren’t all clear to me yet is 100% irrelevant. Many of the best successes in history have come from a person or people following their beliefs and imaginations until they were ultimately successful in whatever they had set out to do. The journey itself is what is worthwhile, the journey is the destination. It’s not up to me to decide when I will heal, or whether others will heal, but that shouldn’t stop me from taking the journey and it shouldn’t stop me from sharing the lessons I learn along the way. The story is “good enough” already and it’s only going to get better.

The other truth is that there are already a lot of people that really want to believe this story. Some (or many) are in a state of “gotta see it to believe it”, but that doesn’t mean that they don’t want the story to be true. Many of these people are silently cheering for the pioneers and pathfinders who are leading the way, they desperately want the story to be true. And every success story brings a few more people to a state of belief.

Many previous pioneers and pathfinders probably had a sense of loneliness because what they were exploring was new. And while there may have been few people to talk to in their pursuit, there was no reason for them to be lonely otherwise. There are always others that will support you in your journey, and really, even if there’s only a few close people that support you, isn’t that enough to take the loneliness away. Almost by definition, it has to be a bit lonely as new ideas are being explored. But I already know several people that share my beliefs and are extremely supportive, how many more do I need to relieve a feeling of loneliness? Answer: None. And I also know there will be more and more come along as the story unfolds, that is happening already. Yup, no need to feel lonely when surrounded by people that respect and support me.

And the final truth that really applies to all of us is that we’re not here on Earth to fit in, we are here to stand out. Each person may have their own way, but what’s relevant to me is what’s important. If I were to look back at the end and say “yup, I did everything I could to fit in”, there would be no satisfaction. If I can look back and say “yup, I did everything I could to use my experiences and my God-given talents and uniqueness to make a difference”, it really won’t matter whether I succeeded or not, it only matters that I tried.

Message to Ken: The truth is that whoever you touch with your story, even if it’s just one person, then you have made a difference. You have made a difference not only outside of you but within you as well. And guess what dumbass, you’ve already done that (rotfl). Now get on with things and stop judging yourself so harshly. You are good enough, you are not alone, and while you’re at it, why don’t you bitch-slap that fear of failure to the curb because there is no failure if you make your best effort.

Care to rewrite your story?