Home » Belief systems » How powerful is your mind?

How powerful is your mind?

Posted by Ken on December 30, 2011 in Belief systems, Ken's Blogs, Love versus Fear 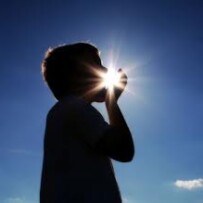 Do you believe that what you’re thinking has an impact on your reality and on your health?

Over the past few months I have read a vast number of books and articles that talk about how our beliefs affect our reality. In my recent blog on healthcare I talked about the placebo effect and its impact on healing. Dr. Bruce Lipton in his book “The Biology of Belief” describes an experiment regarding surgery for patients with severe, debilitating knee pain. The doctor divided his patients into three groups, and one group received a “fake” surgery using standard incisions, with the doctor talking and acting as if he was performing a real surgery, then sewing up the incisions without actually doing the surgery. The patients with the fake surgery recovered just as well as patients who received real surgery. They believed they received real treatment, and that was enough to create a healing effect. One member of the placebo group who had walked with a cane before his “surgery” was able to throw away his cane and play basketball with his grandchildren. Two years later he was told that he had received a placebo surgery and said “In this world anything is possible when you put your mind to it. I know that your mind can work miracles.”

Did you know that there is also a “nocebo effect”, which is essentially the opposite of the placebo effect? Wikipedia describes the nocebo effect as follows:

In medicine, a nocebo reaction or response refers to harmful, unpleasant, or undesirable effects a subject manifests after receiving an inert dummy drug or placebo. Nocebo responses are not chemically generated and are due only to the subject’s pessimistic belief and expectation that the inert drug will produce negative consequences.

In these cases, there is no “real” drug involved, but the actual negative consequences of the administration of the inert drug, which may be physiological, behavioural, emotional, and/or cognitive, are nonetheless real.

Lipton goes on to explain the “nocebo effect” in his book and ponders the power of the doctor’s statement to a patient that “you have six months to live.” Is this statement powerful enough to have the patient simply accept the outcome? Lipton describes a case of a cancer patient who died some time after an initial treatment, as expected with the particular type of cancer. The patient simply “knew” the cancer would return. However, the autopsy revealed he didn’t die of cancer — the implication being that he died because he, along with the doctors, believed he would die.

There are many cases where the doctor’s prognosis turns out to be accurate, but there are also many cases where a patient takes on the belief that “that’s not going to work for me”. As mentioned in one of my previous blogs, I personally know of two people who were told they had six months to live. They didn’t accept that prognosis, and neither did it happen. In both cases that was well over 10 years ago. This week I read a blog from Dr. Lissa Rankin (she did a great TEDx talk, you can find it on youtube) entitled “10 Things I Learned from People Who Survive Cancer”, here’s the link: http://ow.ly/8c9O1. These people all faced down death and decided to live each day like it might be their last day on earth, and they beat cancer. Did their “non-belief” of any negative prognosis contribute to their healing?

Also this week I saw a web site (http://ow.ly/8e9hr) describing a book that has documented over 3,500 spontaneous remissions, with spontaneous remissions defined as “the disappearance, complete or incomplete, of a disease or cancer without medical treatment or treatment that is considered inadequate to produce the resulting disappearance of disease symptoms or tumor.” 3,500 cases??? Kinda makes you stop and think doesn’t it?

The more I read and the more I hear, I become more and more convinced that the mind is very powerful, much more powerful than we really understand. And I also believe that we have choice in what we believe and our choices have an impact on the results. Like the famous quote from Henry Ford – “Whether you think you can, or you think you can’t — you’re right.”

What do you believe? How powerful is your mind? Do you believe in miracles? Do you think you can accomplish anything that you put your mind to?

If you’d like to share an interesting power of belief story, send it along to [email protected].