Posted by Karen on December 6, 2012 in Guest Blogs 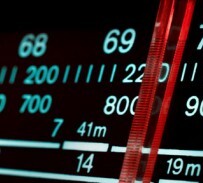 This blog was originally written for The Positive Imperative (www.positiveimperative.com), a web site dedicated to developing positive tools and sharing the need for congruent positivity. Thanks to Victor Sinclair for allowing this to be re-posted here.

I’ve been a student of it for as long as I can remember.

The words “Yes I Can!” might as well be tattooed on my forehead — that’s how strongly I feel about this human potential of mine.  Life hands us so many possibilities every day.  We just need to be reminded of how plentiful they are, and how life changing they can be.  In other words, it’s imperative that we focus on the positive in life.  Not just optional.  Imperative.

The job that was supposed to be your dream come true has turned into a nightmare?  It sounds counter-intuitive, but … be happy!

Look past the pain and focus on what it’s teaching you, how it’s developing your character, how it’s making you a better human being.  Get yourself into gear and work on changing jobs – or even careers – to find the one you really want to spend your time on every day.  Someday you’ll look back and understand why it had to unfold the way it did. 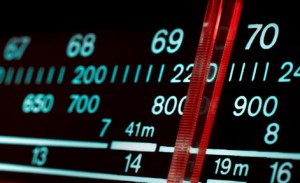 When you think about it, it’s really just a matter of changing the frequency you tune-in to on the radio of your life.  There are so many stations to choose from, and guess what?  We’re the ones who have the power to turn the dial.  Nobody else.  If one station doesn’t get you tapping your toes, try the next one, and the next.  Remember that scene in the movie “Jerry Maguire” when Tom Cruise is driving on the highway, wanting desperately to celebrate good news and sing along with the radio, but can’t seem to find the right song?  Maybe you’re not a Cruise fan.  Trust me, that’s what happens.  When he finally zeroes in on exactly the right tune, the look of joy on his face is unforgettable.  That’s the look of joy we all should be chasing.

Many of us have convinced ourselves that failure is the enemy.  Instead of seeing it as the feedback it truly is, we internalize it as something to be ashamed of on some level.  Instead of trying “Plan B” when “Plan A” falls apart, we shut down and buy into the belief that we don’t have what it takes.  Instead of choosing positivity, we get sucked into the dark side.

Maybe it’s not in your nature to be positive.  Maybe the people who nurtured you as a child weren’t positive themselves.  Maybe you’re surrounded by family or friends who are critical.

And maybe you feel bombarded by images of negativity and violence in the media, not to mention abusive language in some of the music we’re absentmindedly subjected to in the course of a day. 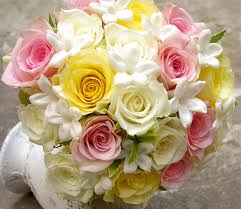 If that’s your story, and believe me, that story belongs to a lot of people… here’s the plan.

Roll up your sleeves and get busy replacing those negative thoughts with fresh, vibrant, positive ones.  Dig the weeds out of your garden and plant roses.  Long-stemmed pink, yellow and white roses. The most beautiful, fragrant, glorious roses you’ve ever seen.  That’s what The Positive Imperative is all about.  Surround yourself with happy, life affirming music.  Read inspirational books, watch uplifting movies.  Tune-in to the most positive radio station you can imagine in your mind, and don’t touch the dial.

The good news is that awareness is everything.  Once you’re aware that you may slip into negative language from time to time, that your thoughts drift into negative territory and your actions sometimes follow, you can actually do something about it.  Stop.  A therapist friend of mine suggests you actually picture a stop sign in your head, and go on to picture yourself shifting your car out of reverse and back into first gear.   Move forward into positivity.  It’s not optional. It’s imperative.

I once attended a conference featuring an amazing American yoga instructor named Lawrence Biscontini.  As dozens of us sat on our yoga mats on the floor, Lawrence proceeded to tell us that he posts sticky notes all over his house… notes that say “Yes!”  He puts them on the bathroom mirror, on the fridge, on the walls, on the windows, and most fascinating to me — inside his underwear drawer.

Every time I open my underwear drawer, I see the yellow post-it there staring back at me.  “Say yes to life!” it shouts past the lingerie.  “Choose the positive!”  And I do.

Karen is currently an educator and freelance writer who loves to explore the possibilities of positivity. Her most recent gig as a reporter/producer at the London 2012 Olympics was an amazing opportunity to hang out with some of the most positive people on earth.

A dream, a goal, and a willingness to do the work. What a lesson those athletes have to teach us all. More on that in future blogs!