Home » Belief systems » Are You Missing Something?

Are You Missing Something? 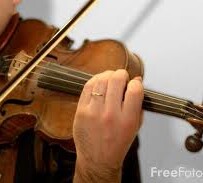 Are you travelling through life so fast that you don’t take time to smell the roses?

It seems to me that many people are walking (or should I say running) around today in a state of tunnel vision, living life as others expect them to live it as opposed to living it the way they would choose if they had a choice. They get up in the morning, grab a very quick breakfast (if you could call it that), and head off to work. Many are probably eating their breakfast in the car so that they’re not wasting any time. They get to work and the routine starts, either rushing from meeting to meeting or heads down in their cubicle, trying to complete everything that they can in the day, often not finishing until into the evening. And it has to be this way because everybody else in the office is doing the same thing, and thus the expectations are set. Finally they’re able to head home, hopefully in time to sit down to dinner with the family. But then their mind starts up again and they’re already thinking about what they have to do in the morning or the next day. Even though they’re at home, they’re not really there because their mind is someplace else. Then the next day comes and it starts all over again.

This was me. I did this for many years, working for and leading a very successful IT consulting company. I always told myself that I was doing my best to balance my work and my family life, and I probably wasn’t that bad. We took family vacations, I made it to almost all of the kids’ school performances and events while they were growing up, I even chaperoned on a few of their Ski Days. But there’s no denying that this was the routine. And there’s no denying that this type of routine can create a lot of pressure and stress. And this stress is not a good thing. There are more and more studies all the time showing how this stress affects the body and can lead to illness and dis-ease. I believe it is probably one of the leading causes of dis-ease in today’s society.

The Dalai Lama, when asked what surprised him most about humanity, said:

I started this blog with the following sentence, “It seems to me that many people are walking (or should I say running) around today in a state of tunnel vision, living life as others expect them to live it as opposed to living it the way they would choose if they had a choice.” Well guess what, we do have a choice. We have a choice in everything that we do. We have a choice of living our lives the way that we wish to live them as opposed to living them for someone else. If this job is causing so much stress that it’s making us sick, we have the choice of leaving the job or sticking with it. But the sicker we get, the less choice we may have as the choice may be made for us.

And if this is the right job for us at this time, we also have choice in the attitude that we bring to work. If the job causes us stress during the day (there’s no avoiding that in most jobs), we have choice in how we handle that stress. At both Google and Facebook, employees are encouraged to undertake “mindfulness practice” throughout the day, exercises that help them “slow down and smell the roses”, or “slow down and make a cup of tea” in this case. These simple acts help us to become more balanced and to “live in the present”, and also serve to alleviate much of the immediate stress.

Are you missing something?

Are you living life according to someone else’s expectation of what you “should” do?

Are you missing all of the joys that life has to offer because your mind is elsewhere and you don’t take time to notice? What would you have seen in this story?

“A man sat at a metro station in Washington DC and started to play the violin; it was a cold January morning. He played six Bach pieces for about 45 minutes. During that time, since it was rush hour, it was calculated that thousands of people went through the station, most of them on their way to work.

Three minutes went by and a middle aged man noticed there was musician playing. He slowed his pace and stopped for a few seconds and then hurried up to meet his schedule.

A minute later, the violinist received his first dollar tip: a woman threw the money in the till and without stopping continued to walk.

A few minutes later, someone leaned against the wall to listen to him, but the man looked at his watch and started to walk again. Clearly he was late for work.

The one who paid the most attention was a 3 year old boy. His mother tagged him along, hurried but the kid stopped to look at the violinist. Finally the mother pushed hard and the child continued to walk turning his head all the time. This action was repeated by several other children. All the parents, without exception, forced them to move on.

In the 45 minutes the musician played, only 6 people stopped and stayed for a while. About 20 gave him money but continued to walk their normal pace. He collected $32. When he finished playing and silence took over, no one noticed it. No one applauded, nor was there any recognition.

No one knew this but the violinist was Joshua Bell, one of the best musicians in the world. He played one of the most intricate pieces ever written with a violin worth $3.5 million dollars.

Two days before his playing in the subway, Joshua Bell sold out at a theater in Boston and the seats average $100.

This is a real story. Joshua Bell playing incognito in the metro station was organized by the Washington Post as part of an social experiment about perception, taste and priorities of people. The outlines were: in a commonplace environment at an inappropriate hour: Do we perceive beauty? Do we stop to appreciate it? Do we recognize the talent in an unexpected context?

One of the possible conclusions from this experience could be:

If we do not have a moment to stop and listen to one of the best musicians in the world playing the best music ever written, how many other things are we missing?”