Posted by Ken on January 11, 2013 in Expect synchronicity, Ken's Blogs 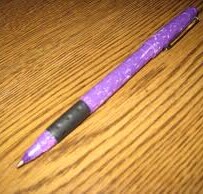 I had writer’s block today. I couldn’t think of anything to write. So I went rummaging around my computer and found 4 or 5 blogs that I had started. Perfect, problem solved. Ready, set, go! Nope, not that easy. None of them caught my attention. Aaaarrgghh, I didn’t write much over the holidays, I should be fresh. I must have ideas to write about. Come on Kenny, this is supposed to be easy. Just start writing.

Still nothing. I came up with a few more topics. Nope, that one’s too much like another one I wrote 6 months ago. Save the idea for another day. Yup, that’s a good one. Go! Aaaarrghhh, frozen again. It has been so long since this has happened to me, I don’t know how to handle it. What will I do?

Idea!!!! I’m gonna go to FaceBook and post that I have writer’s block, someone will help me find an answer. So I did, and I got an answer. Actually I got two answers. A dear friend of mine (hi Christine) just went through a similar case of writer’s block. Christine Schwab and I have a lot in common and I love her writing and how she’s making a difference in the RA and JRA communities. Her response was simply to write about writer’s block. That helped her and I can already feel it helping me. Thanks Christine.

As I continued to browse around FaceBook, I noticed that two other friends and colleagues had written posts entitled “10 Things You Don’t Know About Me”. I loved it, so I came in and wrote the title. And here come those 10 things. To be honest, I don’t even know what they are yet, but I’m just going to write until I hit 10 things.

Before I do though, I want to highlight a message here. I could have easily stayed stuck for a long time. I took the simple task of asking for help and that did two things for me. First off, I was able to let it go as being my own sticky issue, and second of all, I realized that I have friends that are always there to help. Christine, Allison, and Nanine, thank you for being there for me.

So there you have it. I’ve shared 10 things about me that you didn’t know, and I no longer have writer’s block.

Hope this was good for a chuckle, a chortle, or an occasional guffaw. Have a great week!

I’d love to hear your thoughts in the Comments section below.